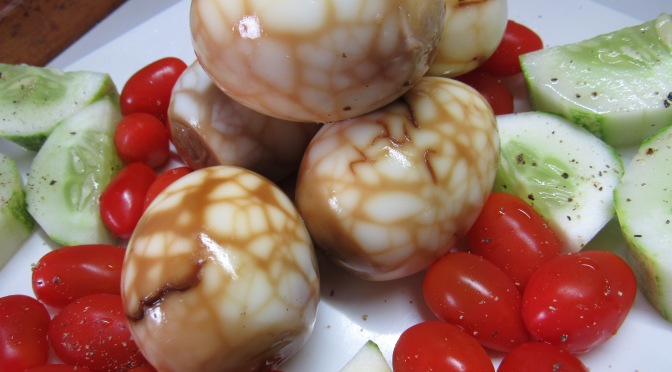 Another one of Dwayne’s favourites! We were shopping at an Aeon shopping centre, near Senibong Cove in Malaysia, when Dwayne’s nose led him to a pot of Chinese Tea Eggs simmering away outside a cute little tea shop. The aroma permeating from the pot was a delightful combination of cinnamon, star anise and soy. Not able to pass them by he purchased a few of the eggs and delighted in their taste, for they tasted as delicious as they smelled.

So taken was he by the tea eggs that I had to experiment with making my own. I did a search on the net and found some interesting recipes. I ended blending a couple of ideas and making up my own recipe.  I didn’t like the sweetness of the bought eggs so I omitted the sugar that was in most recipes. Add a 1/2 cup of sugar if you like it sweet.

This is how I made them…

(I boiled the eggs with a little bicarb to help them peel easier. )

Do not peel the boiled eggs, but crack them all over to allow the flavour and colour of the marinade to penetrate them.

Add all ingredients, including eggs, to a saucepan and bring to the boil. Reduce the heat and simmer.

I simmer the eggs for about 30 minutes and then I let them sit in the marinade for another 12-18 hours. The longer you leave them in the marinade the more flavour and colour they will have.

They are a handy little snack when sailing and also a nice treat to take to fellow sailors when visiting. 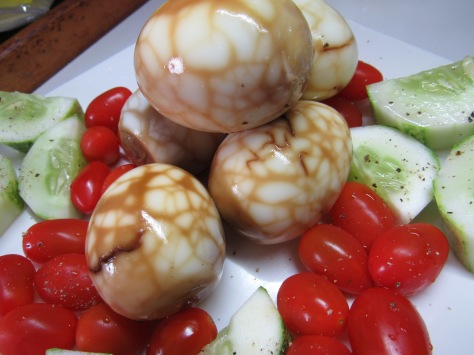 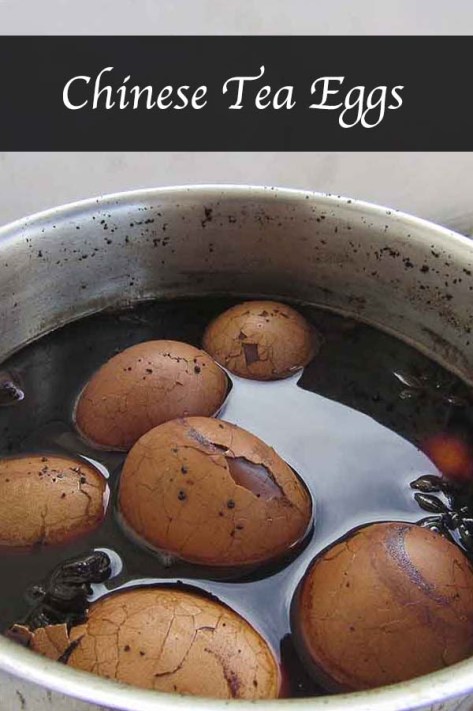 One of the outdoor exhibits at the Australian National Maritime Museum.